One bustling Friday in January, fueled by a celebratory, hello-2020 mood, we set out for Mt. Pimmayong in San Marcelino, Zambales with a few friends. Upon arrival at Barangay Sta. Fe, however, we encountered some local regulatory challenges and were instead directed by officials to Mt. Bagang – a little-known mountain a few minutes away.

Mt. Bagang in reality, looks more like a lone, triangular hill lost in the midst of lahar. Little is known about its origins, but what we eventually knew was 1) The heat in Zambales is unforgiving at 7 am and 2) The hike to the summit is quite chill and easy, with summit views that prove to be as rewarding as the journey to the mountain’s base.

To reach the base, we took a midnight bus to Olongapo, a UV express van, and a trike to the lahar crossing in Sta. Fe. Because there wasn’t any kuliglig – a slow-moving, three-wheeled tractor-type vehicle that serves these areas – we asked to hitch a carabao cart ride with some locals en route to the barangay hall in Sta. Fe.

Taking 30 to 40 minutes, the ride passes through ankle to mid-calf-high streams, with mountains and dwarfed structures buried in lahar in sight. Finally, in Barangay Sta. Fe, we negotiated a return trip aboard a bad ass 8-seater jeepney with tires that could take on any rough terrain that 4×4 vehicles can. 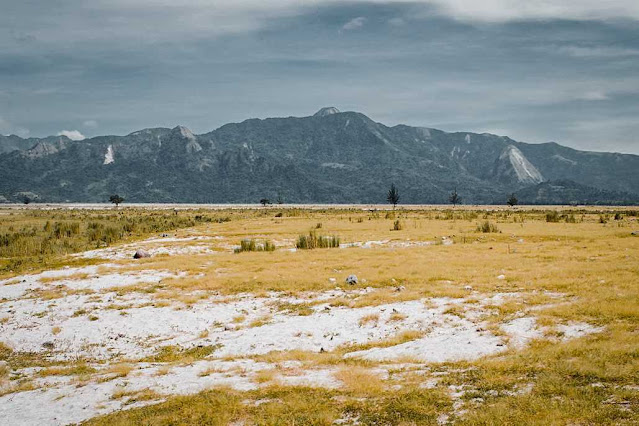 The “4×4” ride takes you through a rugged expanse of lahar-filled valleys and plains; grazing cows, and a smattering of grass and agoho trees.

There are a few local Aeta kids too, whose families consider the surrounding mountain ranges their home. The trail is nothing spectacular. Banana and local shrubs abound. Sitting on an arid land with little vegetation, one should expect the soil to be dry and loose. Wear shoes with good traction for this.

The summit, however, is a different story. Towering at 302 meters, it overlooks the ashen plains and valleys that remain among Zambales signature features post-1991 Mt. Pinatubo eruption. Glistening like snow against sunlight, ash covers all 360 degrees of the land below. Its extent, with only a monolithic rock punctuating its expanse – proof of Mama Nature’s destructive powers – is stunning and overwhelming at once. Nature truly is frightening and beautiful at the same time, and we’re but a speck of dust in this wild, wild world.

Our trip culminates in Liwliwa Beach in neighboring San Felipe, where we enjoyed tapsi lunch and later, beer and a sundown swim. For something that wasn’t planned, this hike turned out to be one of the best in recent memory. We’d come back in a heartbeat.
Check out our video of the hike to see what awaits you in Mt. Bagang. 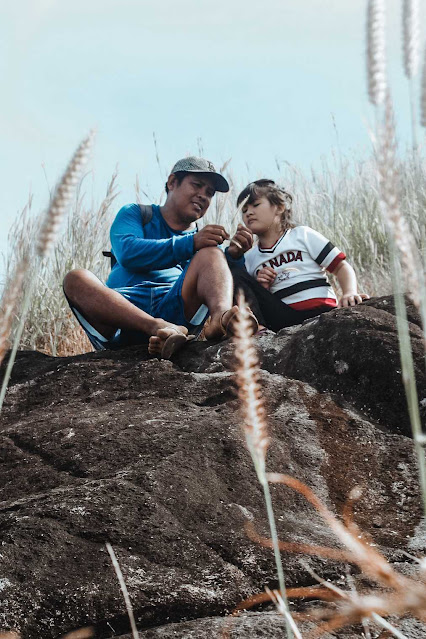 How to get to Mt. Bagang in San Marcelino from Manila

From Pasay, Cubao, or Monumento terminal, board a Victory Liner bus bound to Iba. Alight in front of the San Marcelino City Hall. Alternatively, you can take a bus to Olongapo. From Olongapo, take a UV Express to San Marcelino.

From San Marcelino, you can either rent a kuliglig (P1,200 for up to 10 pax) to Barangay Sta. Fe or take a trike to the lahar crossing in Sta. Fe (P100 for 3 pax), then ask locals around to bring you to the barangay hall in Sta. Fe using a carabao cart (Yes, it’s a real carabao at the helm. P600 for 5 pax)
From Brgy. Sta. Fe, you will need to take a jeepney to the base of the mountain. The jeepney ride takes around 30 minutes or so. It costs P1,200, good for 8-10 persons. The rental covers the trip to the base and from the base to a tricycle terminal where you hire a trike to take you to the highway where Manila-bound buses are found.

Take a bus (both A/C and non-AC buses are available) going to Iba or San Felipe at the San Marcelino tricycle terminal. Fare shouldn’t go beyond P50. At San Felipe, take a tricycle to Liwliwa Beach.

At Liwliwa, we had lunch and beer at QUVOH and just parked our bags on the sand. They also have shared bathrooms for showering after swimming. 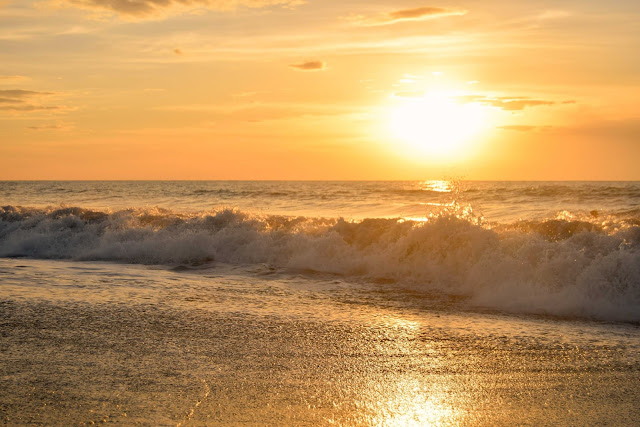 If you plan to do a Mt. Bagang hike, I’d recommend going with at least a friend or more to split the costs. Note that there are no public transport from the lahar crossing in Sta. Fe to the base of the mountain where the hike begins, and it’s all lahar all the way there. The only way to reach it with your guide is to rent a local jeepney. Barangay officials can help set you up with a driver. No prior arrangements are necessary.
P250+ – bus from Pasay to San Marcelino/ P500+ RT
P100 – trike for 3 to crossing
P600 – kariton to Barangay Sta.Fe
P1,200 – jeepney ride to and from jumpoff point
P300 to P500 – guideship fee for a group of 5 (no fixed rate, it seems)
TOTAL: P2,700 to P2,900, if solo hiker (not including Liwliwa Beach trip)

Gretchen is a writer of poems and creative nonfiction. Her work appears or is forthcoming in Rappler, Philippines Free Press, The Daily Drunk Mag, Anti-Heroin Chic, Rejection Lit, The Alien Buddha, Maudlin House, Janus Literary, and elsewhere. She resides in the Philippines with her daughter and kooky cats and dogs.

This is the sweetest! In November we did a birthda

Wrote this exactly on New Year - perhaps my heart

Being on the road fills one with so many good memo

Eight years ago, Lia and I took a bus to Sisiman,

I am writing letters and essays on the website aga

This is how nauseatingly sappy I can get😆 Writt