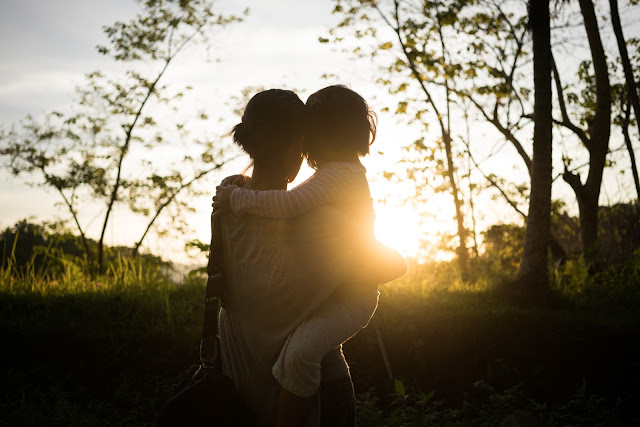 This post contains content that may be triggering for sexual abuse, trauma, and suicide survivors. Please only proceed if you feel safe and grounded to do so.
As a child, I was shy but did well in school. I played and hung out with friends regularly. On the outside, I was pretty much your average kid. But what many people didn’t know – and don’t know until now – was I was raped when I was five and molested by different men on separate occasions, many of which happened between the ages of 4 and 8 and in my preteens. Eleven out of the 13 perpetrators were people I know and trusted. These happened in places deemed safe and non-threatening.

I subconsciously compartmentalized these memories. They festered inside me. The impact of these experiences did not manifest until I was around 15. I didn’t even remember anything about the abuses until one night in bed, when I was 17, the details suddenly surfaced. They were sharp, vibrant, and stinging.

I lied awake for hours – confused, crushed, and crying helplessly.

I didn’t tell anyone until I was already 22. I lived day in and day out carrying shame, guilt, and a misplaced burden of responsibility. It didn’t help when I was 7, an aunt caught a man grabbing my vagina and commented, “Siguro gusto mo kaya di ka sumigaw (Maybe you liked it that’s why you didn’t scream).” I thought maybe if I called for help, pleaded, or resisted enough in any other occasion, I would not have been sexually assaulted. I felt that I had a hand in my own circumstance.
In an attempt to gain control of my life, I dove into a sea of destructive habits: binge drinking, eating disorders, underperforming in school. I began inflicting harm to myself using any object I could get my hands on: rulers, blades, shards of glass, pens. To let the pain bleed.
Initially, it did. The sight of crimson blood on my skin rendered instant relief and adrenaline. “Now the pain is symmetrical inside and out,” read one of my journal entries.


But the following day or two, the pain would swim right back into my bed. So I hurt myself some more until I had to wear jackets and pants at home in the sweltering summer heat to hide the wounds on my arms and legs.
It was a lonely path to tread. I learned that it hurt to smile. Every time I went home from school – and later on, work – I locked the door behind me and didn’t look back.

During the semester I was about to graduate from college, I found out I flunked two major subjects. That meant I wasn’t going to graduate.  My family expected me to be a doctor. I was supposed to take care of them after pre-med.

I wanted to move on, but I was tired taking on what seemed like a pointless fight. I had a world purposely built for me, and now that world disintegrated.

The last thing I wanted was to disappoint or hurt anyone. They deserve better lives without a fuckup like me. I texted a close friend to bid goodbye and requested that she extend my well wishesto my then-boyfriend.

I swigged a bottle of beer, along with a handful of pills: six paracetamol, two anti-anxiety medications, a sleeping pill, and several others that I no longer remember. At six in the evening, the world dimmed.
_____

Sunlight seeped through window cracks. I squinted, lightheaded and dazed. Was I in a dream? Am I finally home?

I turned and saw an empty beer bottle. Pills and cigarette ashes on the floor. A familiar chipped cherub figurine. Tens of unread messages and missed calls. It’s been 12 hours and apparently, I was still in my room, still alive.
I shivered with anger. All I wanted was to find peace. Instead, the Universe threw me back into the chaos. I violently chucked books in the air and gave the heavens the dirty finger for keeping me alive.
My phone rang. On the other end of the line was a familiar voice. “Napakababaw ng dahilan mo para magpakamatay. Para hindi ka lang naman ga-graduate (Your reason for attempting suicide is so shallow. You’re not graduating, that’s all),” it said.
It might seem silly and irrational to take one’s life for things that can still be rectified, yes. But it was the only rational way for me to find comfort. It was not just one thing that drove me to the edge. It’s a series of small burdens, with problems at school as the tipping point. Back then, I was oblivious to the fact that everything – the band-aid solutions, the misery, the rebellion – points back to sexual violation. That to take back my life, I have to address the root cause.
Every over-the-counter medication and tool I used for self-harm were confiscated. “You will live.”
So lived I did, day after day until they turned into years. I nursed wounds, ill-equipped for the battle. No medications, no shrink, no ears that felt safe for confessions. I got married, became preoccupied with work, and adulthood. Most times life was okay. Yet, some days remained terrible that I wanted to sleep through them and never wake up. Nothing could fix me.
Maybe you can be happy, but not really. Maybe happiness is a fish, and it’s like a lottery on who gets to bait the fattest one. Maybe everyone’s fish is supposed to be mediocre, I thought.
_______
I was on a plateau until I gave birth to my daughter at 28.
As I watched her grow, the darkness dissipated inch by inch. I didn’t understand how or when, or why, but the warm light draped my world again. I started looking forward to waking up. Breathing was much easier. Days were lighter. Whenever I walk roads, it is no longer aimless and hazy, because she is walking beside me. 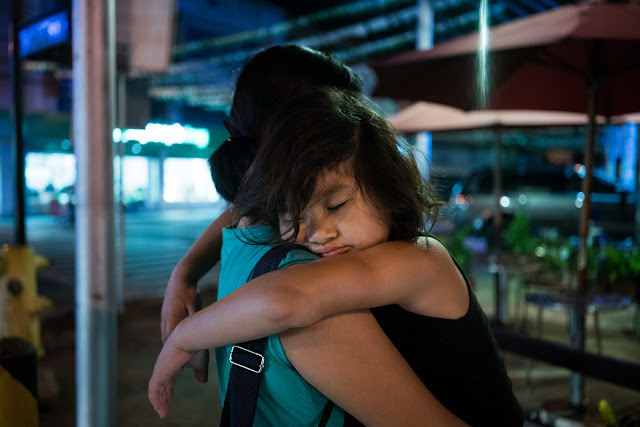 Suddenly, taking care of someone – of myself, even – did not feel like a conundrum. It is a joy. A privilege. A purpose. A legacy. To know something so pristine can be birthed by a soul that’s been tainted black; that my time with her is fleeting made me appreciate mortality.
With her, I found a reason to not just survive, but to live. To truly live with hope, love, freedom, and trust in humanity – things that were so elusive before. And all it takes is a smile, a hug; a tiny voice uttering, “Mama”, “I love you”, and “You are the best gift God gave to me”.
My daughter and I have bad days when money is so tight that we scrimp on meals. There are rare occasions when sadness claws its way in for days to a week. But I go through them knowing I will still come out alive and stronger not because as a mother I need to, but because I want to. Because I now possess the certainty that after those brooding days, I have her to come back to, and a life whose every second is worth living.


Some find redemption in career success, friendships, intimate relationships, or religion. I found mine in the purest and most unconditional love. It turns out that sometimes, it’s the children who save their parents, not the other way around. When I look back at the morning I questioned why I had to be kept alive, I am relieved that I now know the answer. I am eternally grateful for this second shot at life. There are parents who suffered the same trauma and, despite their great love for their kids, succumb to mental illness – sometimes with grim outcomes. 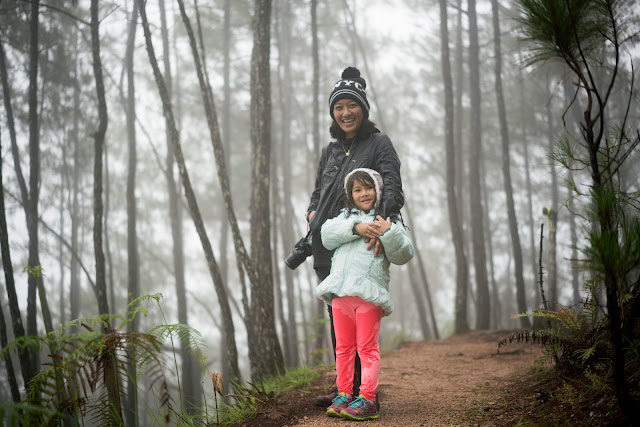 My wish is that if you suffered or are suffering from abuse, depression, or both, you will always be reminded that you have the right to be happy. But more than anything, you have the right to forgive yourself. That shame and guilt you feel do not belong to you. Your abuser does not deserve to steal one more second of your life. They have stolen enough. They have scarred you, but your scars do not define you.

Know that it will be a long, dark, and seemingly endless road. Even though it won’t be easy, it will get easier. Sometimes things will not turn out to be the best, but they will be better. I hope you find your light and hold on to it, no matter how faint its rays are. You deserve to see that the world isn’t as fucked up as we think it is. You are worthy of living – with ease and love and pride. As I can attest, happiness and redemption are possible at the end of that long road, if only we hold on just one more day. 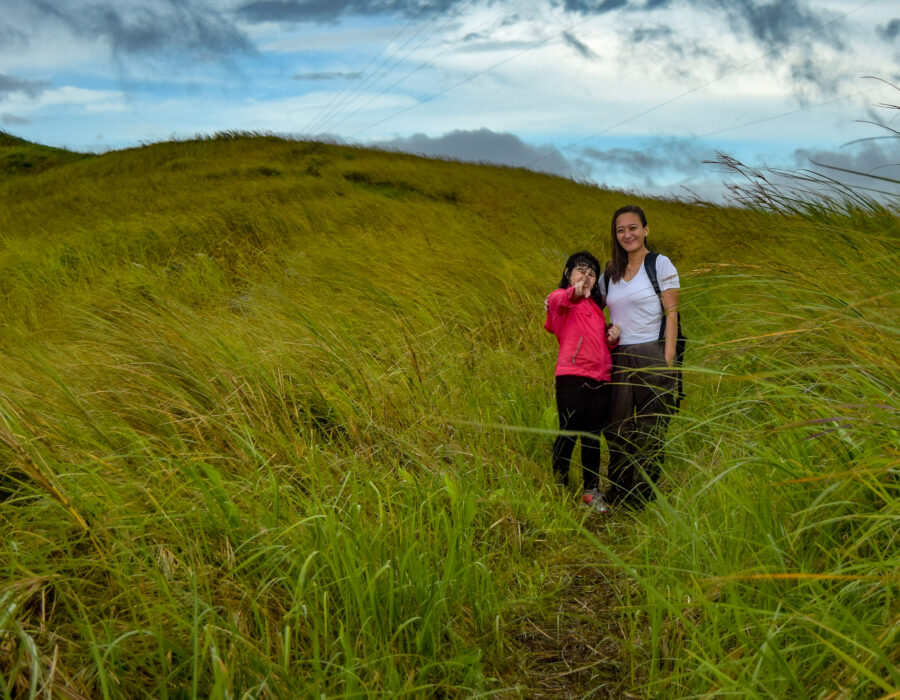 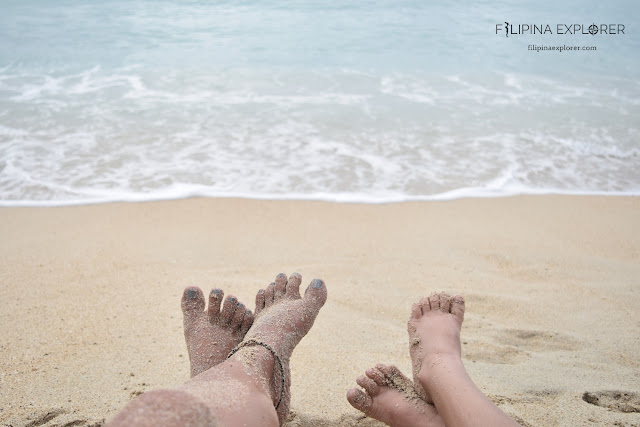 In my pre- and early 20s, I wondered how the youth

Christmas is traditionally viewed as a family-cent

Last night, something no parent wants to happen to

On rare occasions, I think about what could've hap